A medical doctor by professional training, Dr Zakir Naik is renowned as a dynamic international orator on Islam and Comparative Religion. He is the Founder of the Peace TV Network the largest Religious Satellite Channel Network in the world. He is 55 years old.

In the last 25 years Dr Zakir Naik has delivered over 2,000 public talks in more than 40 countries worldwide. In April 2012, his public talk in Kishanganj, Bihar, in India was Alhamdulillah attended by over one million people being one of the largest gathering in the world for any religious lecture by a single Orator. Alhamdulillah both his talks in Jakarta, Indonesia in April 2017 and in Kota Bharu, Kelantan, Malaysia in August 2019 attracted more than a 100,000 people.

Alhamdulillah Dr Zakir Naik was ranked No. 82 in the ‘100 Most Influential People in India’ list published by Indian Express in the year 2009 and ranked No. 89 in 2010. He is ranked amongst the top 70 in the Book ‘The 500 Most Influential Muslims in the World’ published by Georgetown University in the last 10 editions from 2011 to 2020. In the list of ‘The Top 100 Cumulative Influence over 10 years’, Dr Zakir was ranked No. 79.

Shaikh Ahmed Deedat, the world famous orator on Islam and Comparative Religion, who had called Dr Zakir “Deedat Plus” in 1994, presented a plaque in May 2000 with the engraving, “Son what you have done in 4 years had taken me 40 years to accomplish, Alhamdulillah”.

On 15th Oct. 2014 Dr Zakir Naik, Servant of Allah, was Alhamdulillah conferred ‘The Insignia of the Commander of the National Order’ of the Republic of The Gambia (the highest national award in The Gambia) by the President of The Gambia Dr Yahya Abdul Aziz Jammeh as well as The Honorary ‘Doctor of Humane Letters’ (Honoris Causa), by the Governing Council of the University of The Gambia (UTG).

Dr Zakir Naik appears regularly on many international TV channels in more than 175 countries of the world. More than a hundred of his talks, dialogues, debates and symposia are available on DVDs. He has authored many books on Islam and Comparative Religion. 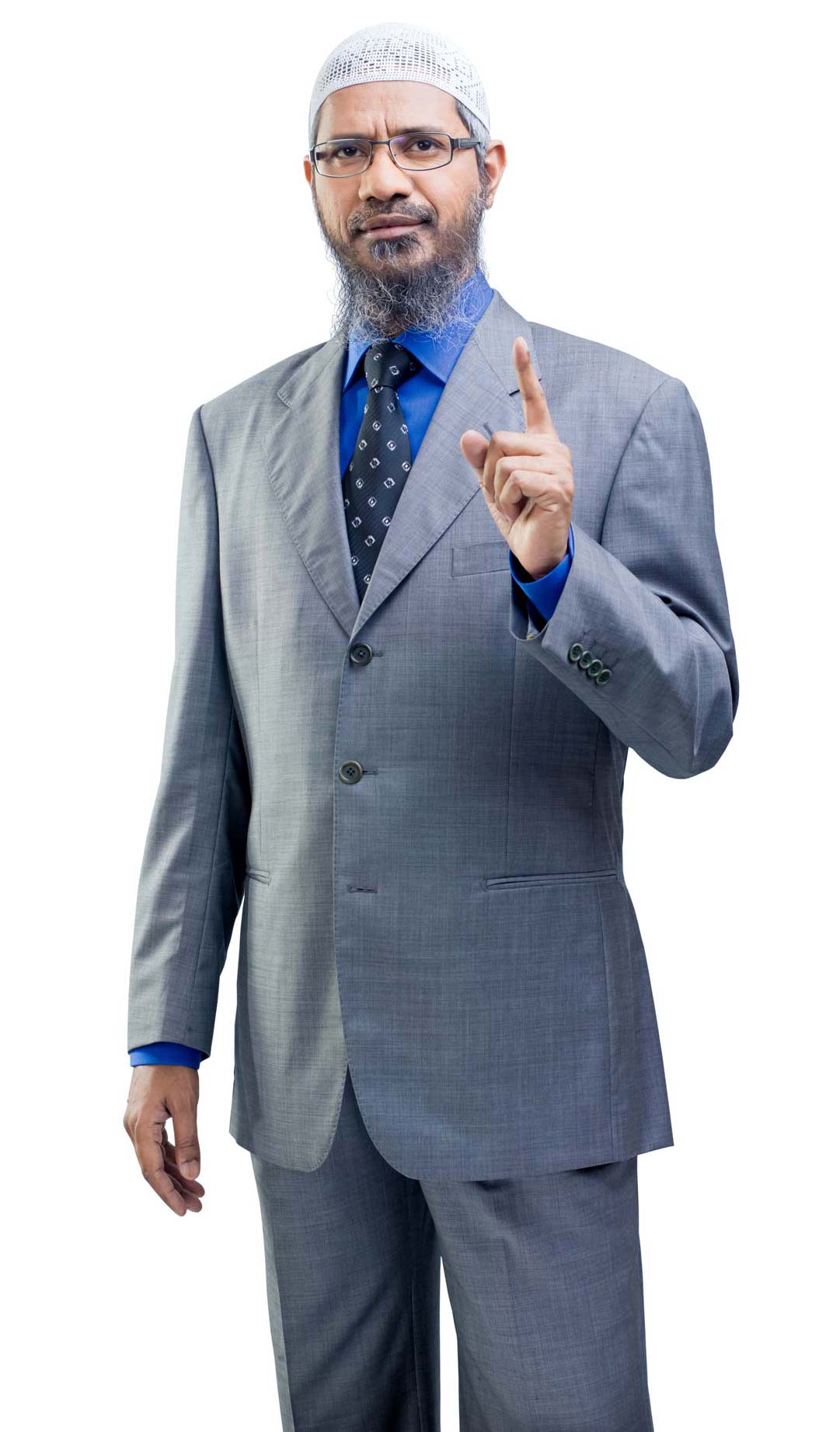